Family-owned, family-run, and family-focused business, with several generations now involved in upholding our commitment to excellent customer care across both our retail and commercial operations.

The business launched in 2007 after Managing Director Mark Moores and Sales Director Andy McDonald identified a gap in the Dundee market for a local service-based plumbers’ merchant. They’d both already had extensive experience within the plumbing and heating sector and at first focused purely on the trade counter business that’s still thriving from our original Tannadice Street base.

Two years later, the first M&M retail bathroom and kitchen showroom opened in Arbroath Road, taking our number of employees from four to six, and in 2016 we expanded further with another showroom, this time in Albert Street.

Our next big expansion came in 2021 when we combined these to create a brand new showcase on the city’s Clepington Road — our spacious M&M Bathroom & Kitchen World, serving both retail and commercial customers.

We now have a team of 23 — many of them family members — and we’re proud to offer all our customers a level of personal service and product knowledge we know our competitors simply cannot match. As well as serving our retail and trade customers, we also work on major projects with a growing number of architects, housebuilders, hotels, restaurants and other large commercial clients.

We are a member of Dundee City Council’s Trusted Trader scheme, which means we have been approved by Dundee Trading Standards. We are also members of the Federation of Small Businesses. 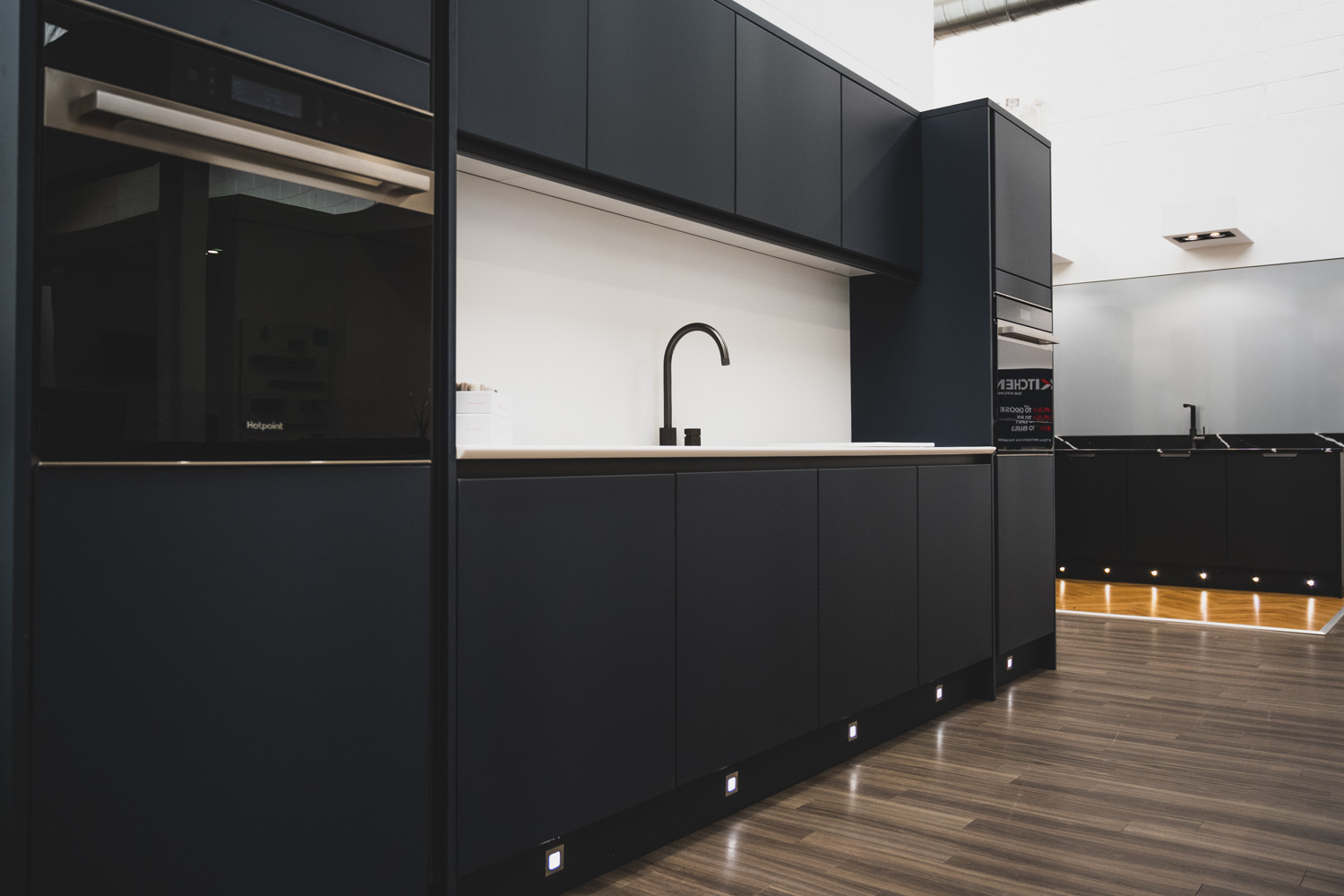 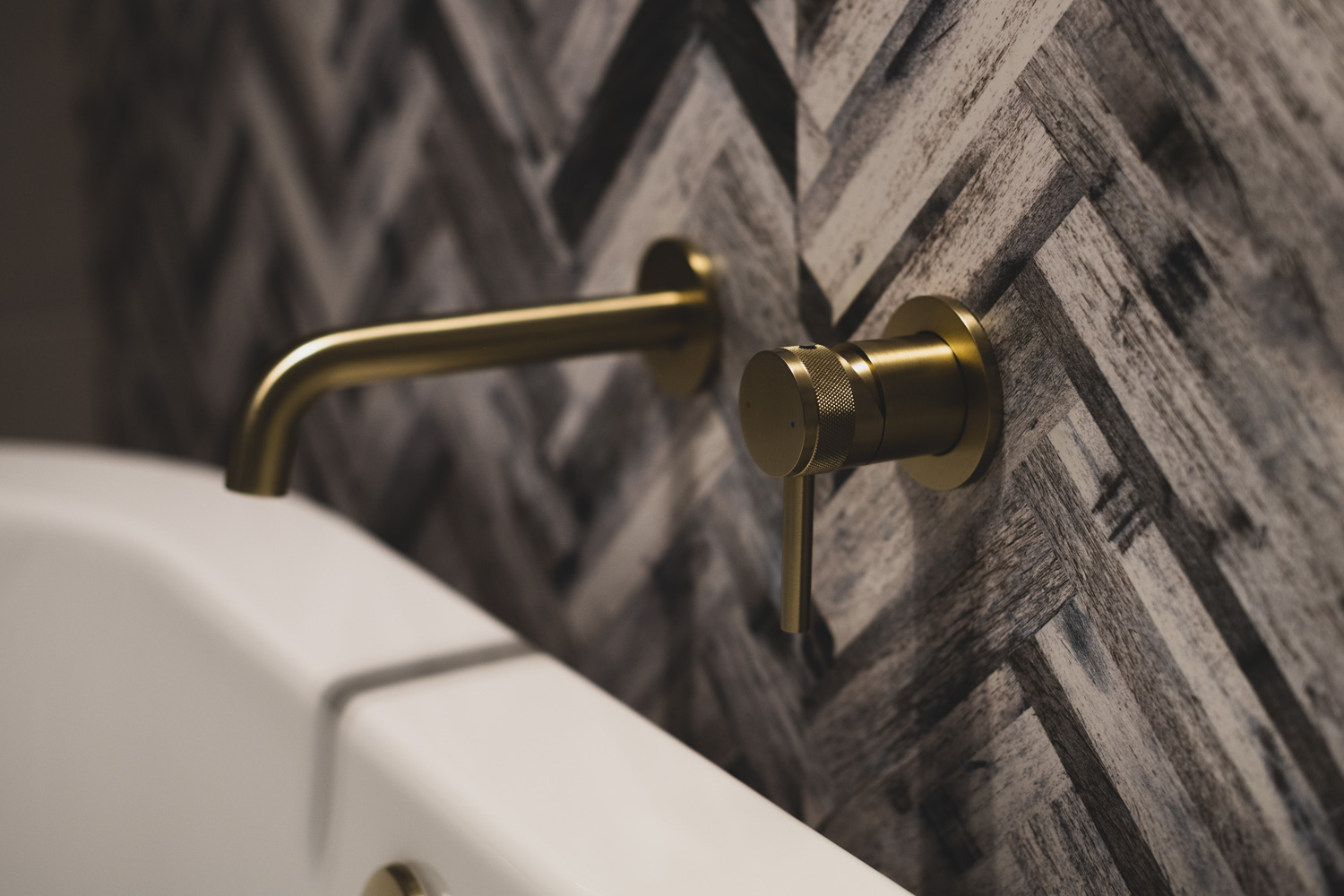 Mark has more than 30 years’ experience in the plumbing trade. He served his apprenticeship before joining Plumb Center in 1988, where he worked for 10 years in a range of senior sales and management roles across Fife and Perthshire. From there he spent five years at Lothian Plumbing Supplies, moving on to plumbers’ merchant William Wilson where he launched and then managed a new branch in Dundee.

He joined forces with Andy McDonald to set up M&M Plumbing and Heating Supplies in 2007 after they identified a gap in the market for a local, service-based plumbers’ merchant.

Andy has been in the plumbing trade for 40 years, starting out in 1982 in a Plumb Center warehouse. He was working as a sales representative when he left in 1993 to join central heating boiler manufacturer Worcester Bosch as East of Scotland sales manager. Four years later, he was leading a team of five sales managers covering Scotland and Ireland.

Kyle’s career began in 2003 at plumbers’ merchant William Wilson as a warehouse trainee. From there, he joined M&M Plumbing & Heating Supplies in 2007, working across several back-room and support roles. He then spent two years at distribution company John Davidson Pipes learning the ropes as a sales representative before re-joining M&M in a similar role in 2013 and has been developing his skills ever since.

Alan started out at plumbers’ merchant William Wilson in 2007 and worked in a mix of roles, becoming warehouse supervisor while also working in the sales office and being appointed branch health and safety rep in 2010. He joined M&M Plumbing & Heating Supplies in 2012 where he now leads the warehouse team and is also in charge of stock control.

Andrew is a time-served plumber and gas engineer who joined M&M Plumbing & Heating Supplies in 2018 from the boiler service sector. He has worked with many local companies and also with Worcester Bosch as an engineer. His role within M&M is ensuring installations run successfully, ‘from design to completion’.

Greg came to M&M Plumbing & Heating Supplies in 2013 from the world of professional football as a management trainee. He has since then fulfilled many roles within the company, including showroom sales. He is now a member of the sales office team 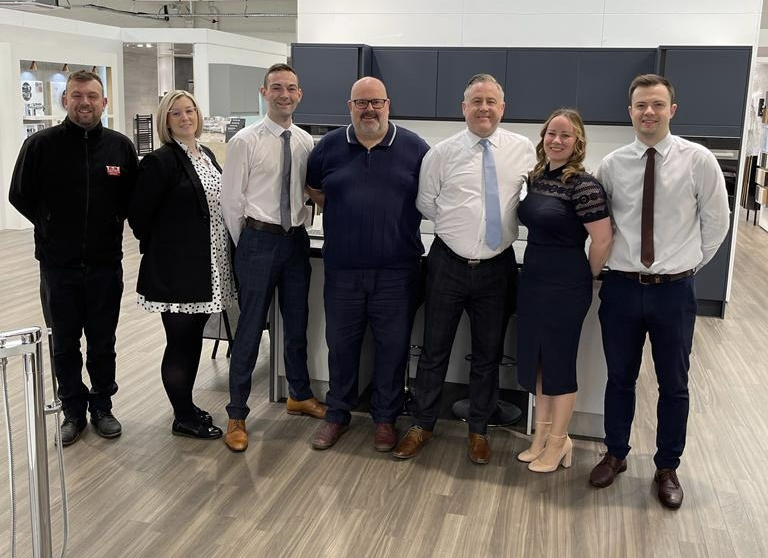 Gary is based in our M&M Bathroom & Kitchen World showroom where he has worked since joining the team in 2009. He has extensive product and technical knowledge as well as both trade and retail experience. Gary is a Virtual World trained CAD designer.

Melissa joined M&M Bathroom & Kitchen World from a High Street retail business in 2012, initially as an office clerk before becoming a key member of the showroom sales team. Melissa has a keen eye for bathroom design and is a Virtual World trained CAD designer.

Sean started his career with an independent merchant before moving on to work as a manufacturing business sales manager. He joined M&M Bathroom & Kitchen World in 2016 as a sales consultant and is a Virtual World trained CAD designer.

Mark joined M&M Bathroom & Kitchen World in 2016 from further education, initially as a member of the kitchen sales team. His experience has since been extended to include the bathroom range and he is also Virtual World trained CAD designer.

Madelene (Maddie) was working for a national tile distributor before she joined M&M Bathroom & Kitchen World in 2021 and has both trade and retail experience. She quickly adapted to the bathroom environment to become a fully-fledged sales team member. Maddie is a Virtual World trained CAD designer.

Kieran joined M&M Plumbing & Heating in 2017 from a national merchant, starting in the warehouse and trade counter section before first becoming a member of the installation team and now a valued member of the M&M Bathroom & Kitchen World sales team.

M&M Plumbing and Heating Supplies Ltd is a family-owned, family-run, and family-focused business, with several generations now involved in upholding our commitment to excellent customer care across both our retail and commercial operations.